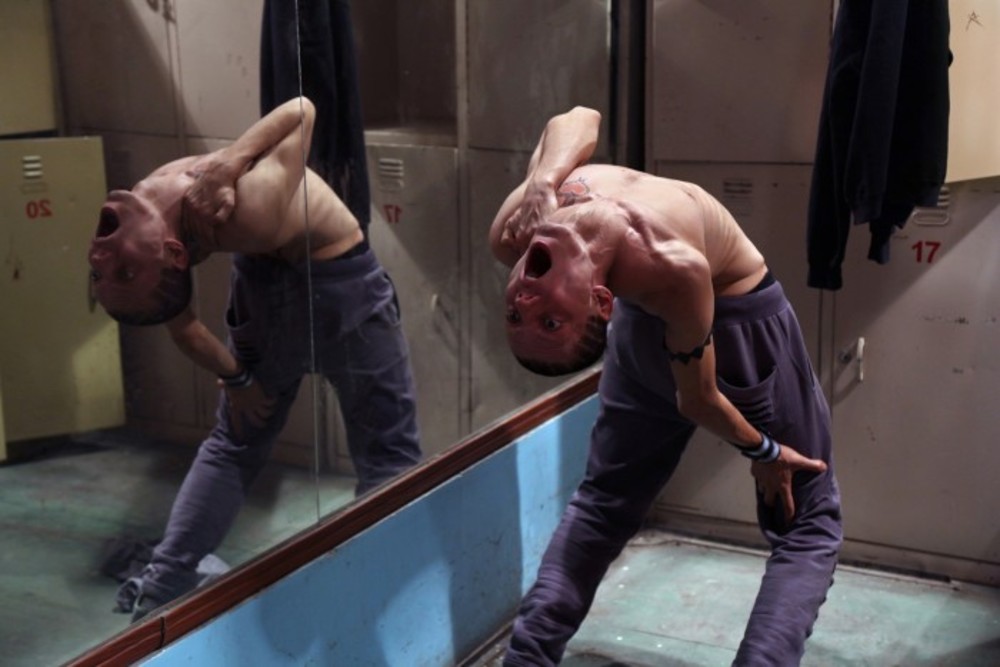 Following Fish & Cat, Shahram Mokri is back with another mind-bending film in Invasion. One of the most exciting and unique voices in Iranian cinema, Mokri was the special guest at the first edition of CineIran Festival (with Ashkan, the Charmed Ring and Other Stories) and is now returning with his latest acclaimed film.

Invasion is set entirely inside a stadium, where darkness reigns and men with bizarre tattoos presumably play an unnamed sport. When a body is found and the police identify a guilty party, the circumstances of the crime are to be reconstructed for investigation, but the real killer and his teammates want to use the reconstruction to commit another crime and murder the twin sister of the victim, who is said to be a vampire. Yet, the reenactment goes awry when the line between performance and reality is blurred and the characters enter an absurd loop of repeated events. As in his last film, Mokri breaks the conventions of time and space to create a tense and harrowing allegory in one of Iranian cinema's most visionary films of recent years.